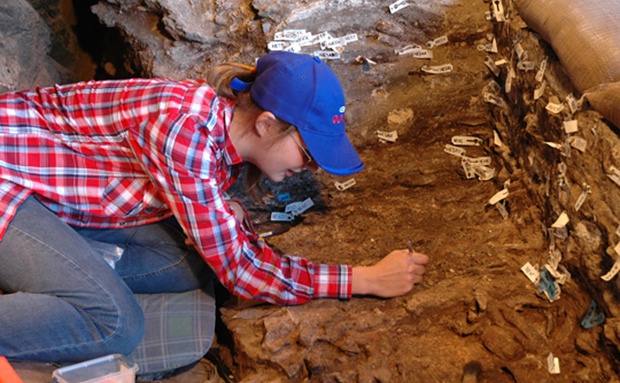 The archaeological sites at Mossel Bay’s Pinnacle Point - which have revealed some of the earliest evidence for modern human behaviour - have been declared Provincial Heritage Sites.

The archaeological sites at Mossel Bay’s Pinnacle Point - which have revealed some of the earliest evidence for modern human behaviour - have been declared Provincial Heritage Sites.

The declaration was made in terms of section 27 of the National Heritage Resources Act (Number 25 of 1999), and was announced in the Western Cape Government’s Provincial Gazette.

“This is a significant step towards having Pinnacle Point declared a World Heritage Site,” said Professor Curtis Marean, who heads the South African Coastal Palaeoclimate, Palaeoenvironment, Palaeoecology, and Palaeoanthropology (SACP4) Project, which is studying the finds from Pinnacle Point.

Prof. Marean is an associate director of the Institute of Human Origins and professor at the School of Human Evolution and Social Change at the Arizona State University.

“Pinnacle Point is significant because it’s a uniquely dense concentration of well-preserved archaeological sites which contain a record of human occupation over a period of about 170,000 years - from the time when modern human behaviour first emerged to the pre-colonial period,” he said.

The archaeological remains first came to light during an environmental impact study of a portion of land that would later be developed as the Pinnacle Point Beach and Golf Resort. The 1997 survey by Dr. Jonathan Kaplan and Dr. Peter Nilssen revealed a number of stone age sites as well as evidence that humans had inhabited the caves in the cliffs below the present-day Pinnacle Point Club House for tens of thousands of years.

Prof. Marean began researching the Pinnacle Point Caves in 2000, and announced the initial results of the SACP4 Project in a paper which he co-authored with Dr. Nilssen and ten others.

‘Early human use of marine resources and pigment in South Africa during the Middle Pleistocene’ was published in the 18 October, 2007 edition of the international journal of science, Nature (449, 905-908).

“We found that the people who lived in the Caves approximately 164,000 years ago were systematically harvesting shellfish from the coast; that they were using complex bladelet technology to produce complex tools; and that they regularly used ochre as pigments for symboling,” said Prof. Marean.

“This is some of the earliest evidence for modern human behaviour.”

Prof. Marean said that mitochondrial DNA genetic research suggests that all humans alive today stem from a small core population which lived at about the time when the Pinnacle Point Caves were first inhabited.

“Much of the global climate was hostile to human habitation in that age, but the south coast of South Africa provided the conditions and vegetation that our earliest ancestors needed for their survival,” he said.

“And because they were forced to live by the sea in the Mossel Bay area, they began collecting shellfish and other marine organisms which provided a high quality diet that included Omega-3 fatty acids.”

Numerous other discoveries have followed the 2007 announcement.

This includes a 2009 paper published in the journal Science that documented the earliest evidence for heat treatment, which is the first sign of complex pyrotechnology.

“Heat treatment uses the heat of fire to alter the properties of stone to make it easier to flake into stone tools.

“This is significant because the command of fire allows humans to migrate out of Africa and into Europe around 50 to 60,000 years ago, and eventually leads to the development of technologies like bronze smelting and ceramics production that rely on pyrotechnology,” said Prof. Marean.

In ‘An early and enduring advanced technology originating 71,000 years ago in South Africa’ (Nature 491, 590-593 - 22 November 2012), Dr. Kyle Brown, Prof. Marean, and seven others reported the earliest evidence for small blade tools that signal the use of true projectile weapons, such as spear throwers.

But the SACP4 Project is important, too, because it may provide clues as to how our species reacts to climate change.

Scientists working on the project are developing a continuous picture of the local climate from 400,000 to about 30,000 years ago.

“Isotopes embedded in dripstone formations and other mineral deposits in the caves - speleothems, raised beaches, fossil dunes, and other palaeontological assemblages - reveal information about the water which filtered into the caves in the past, and this in turn provides information about what kind of climate existed and what type of vegetation grew above the caves during periods of human habitation.

“So by correlating our knowledge of the climate with what we’re learning about the habits of the people who lived in the Caves, we hope to learn how humans can be expected to adapt to climate change in the future.”

Prof. Marean said that Pinnacle Point will now be put forward for National Heritage Site status before application can be made to have it declared a World Heritage Site.

The executive mayor of Mossel Bay, Alderlady Marie Ferreira, said that the proclamation is an important milestone for the town.

“The archaeology is going to have a growing impact on the local economy,” she said.

“It’s already drawing visits from quite large numbers of scientists, students and volunteers and it’ll attract a growing number of students in the future.

“And with plans in place for a museum that will showcase and interpret what’s being found here, we believe that Mossel Bay will soon rank alongside places like the Cradle of Humankind and Olduvai Gorge as one of Africa’s most sought-after evo-tourism destinations.

“The world is learning about Mossel Bay because of Pinnacle Point.”

Carl van der Linde, the CEO of the Pinnacle Point Homeowners Association, said that the declaration “Is great news for Mossel Bay and Pinnacle Point.”

Most of the sites presently under study are situated on the Pinnacle Point property.

“None of the sites is accessible to the public at the moment, but we’re working with Curtis Marean and Peter Nilssen, and with Fred Orban of the Oystercatcher Trail, to develop science-based tours that will bring the experience of the caves to as many people as possible while still retaining the archaeological integrity of the findings.

“We hope to announce a starting date in the near future, but the tours can only begin once all the legal conditions have been met, and all the permissions have been put in place,” he said.

“We’ve been following the progress of the SACP4 Project with growing excitement, and we’ve posted a number of articles and videos about it on www.visitmosselbay.co.za/archaeology.

“Curtis and his team deserve huge congratulations for this latest achievement,” she said.

The full text of the declaration has been uploaded to http://www.visitmosselbay.co.za/archaeology/pinnacle-point-now-a-provincial-heritage-site 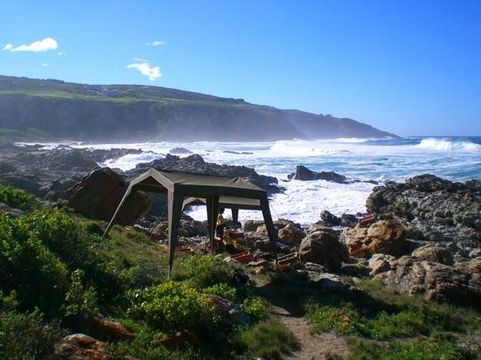 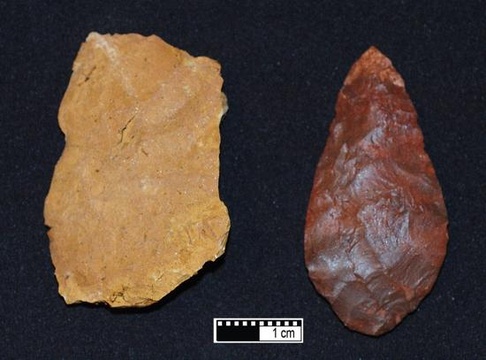 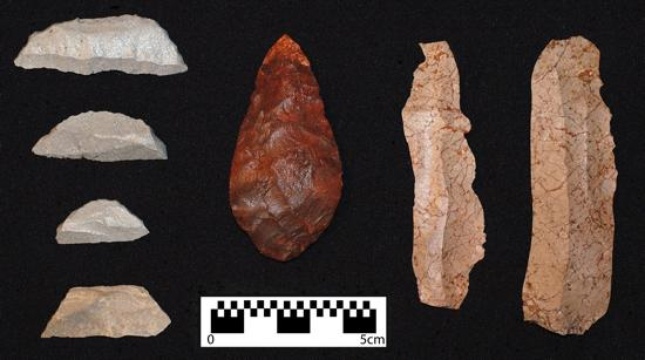